Cultural colloquialisms develop from real world experiences. When something is very difficult or annoying we characteristically refer to it as a real “pain in the butt”. And, well that is the perfect description for this syndrome.

Sciatica is a poorly defined condition that generally refers to any pain sensation felt in the gluteal region or down the lower extremity along the path of the sciatic nerve. Many of these gluteal pain cases are caused by dysfunction of the piriformis muscle, a crucial deep rotator of the hip. Although there is no clear cut definition, the term piriformis syndrome describes gluteal pain involving the piriformis and compression of nearby nerve and vascular structures in the pelvis.

Sciatica (sciatic nerve compression symptoms) is usually ascribed to dysfunctions in the lumbar spine such as herniated discs or other causes of nerve root compression. However sciatica-like symptoms may also originate from the piriformis region. One study suggests that 5-6% of sciatica cases could likely involve piriformis syndrome, making it close to 2.4 million cases of the condition per year.1

With something that occurs so often it would seem likely that we’d have a very clear understanding of the condition, but that’s not the case. The concept of piriformis syndrome and entrapment of neurological structures in the pelvic region is still somewhat controversial. In fact, some medical professionals don’t even believe the condition exists.2 However, there is strong evidence to suggest that not only does this condition exist, but it is often under-recognized as a cause of gluteal and lower extremity pain and dysfunction. So let’s take a deep dive into this subject and see what is really going on.

Image 1 shows the piriformis muscle in relation to the surrounding pelvis. Note that the muscle attaches to the anterior facet of the sacrum, crosses the sacroiliac joint, crosses the hip joint, and then eventually attaches to the greater trochanter of the femur. Because it crosses both joints, there are biomechanical challenges that play a part in the condition. 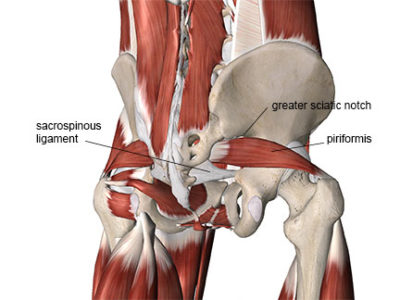 Image 1: Piriformis in relation to other nearby structures
Image is from 3D4Medical’s Essential Anatomy 5 application

You can see in Image 1 that the superior portion of the muscle passes very close to the greater sciatic notch. The small space above the piriformis muscle is called the supra-piriformis foramen and this narrow space plays a key role in nerve compression, as we will see shortly. Just below the piriformis muscle is the sacrospinous ligament, which is a stiff and unyielding structure. It is also important in creating nerve compression problems in this region.

Piriformis syndrome is usually described as compression of the sciatic nerve by the piriformis muscle. While the sciatic nerve is the nerve most frequently involved, there are actually five different nerves that could be compressed in this condition. Let’s take a look at these various nerves and the regions where they are susceptible to compression. 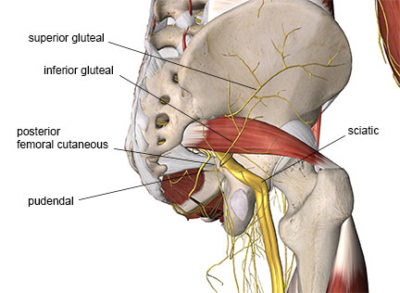 Image 2: Nerves in this region and their relation to other anatomical structures.
Image is from 3D4Medical’s Essential Anatomy 5 application

If there’s one nerve in the body that most people are familiar with, it’s the sciatic nerve. It is the largest in diameter and longest nerve in the body. The sciatic nerve is composed of two divisions: the peroneal (or fibular) division and the tibial division. These divisions eventually split when the nerve passes around the posterior aspect of the knee. However, in some people they also split in the piriformis region and this can play a part in nerve compression.

There are six anatomical variations that may occur between the sciatic nerve and the piriformis muscle.1 Image 3 shows these different variations.

The inferior gluteal nerve is a motor nerve that supplies the gluteus maximus. Because it is a motor nerve, compression of this nerve doesn’t cause as much pain but instead weakness or atrophy.

The last nerve susceptible to compression in this region is the pudenal nerve. It is rarely discussed in the literature about piriformis syndrome and is least often involved. However, it should not be ignored because nerve compression symptoms from this muscle could easily be ascribed to some other cause. The pudendal nerve is a mixed motor and sensory nerve. It innervates many of the pelvic floor muscles and supplies sensation to the perineal region, genitalia, and anus. Pudendal nerve compression also occurs from external factors such as very hard bicycle seats that can affect competitive cyclists that are racing for long periods.

The piriformis muscle is primarily a lateral rotator of the hip. However, due to its attachment site, its action can change depending on the position of the hip. This also means the position to stretch the muscle taut can change along with hip position as well. When the hip is in a neutral position, the piriformis is a lateral rotator of the hip. However, once the hip flexes past about 600 it becomes primarily a hip abductor (from the flexed position) and can also contribute to internal rotation, thereby reversing its original action (Image 4).

Based on these biomechanical factors the piriformis is going to be stretched significantly when the hip is flexed or the person is sitting cross-legged. That is one reason piriformis syndrome occurs for people who sit for long periods. 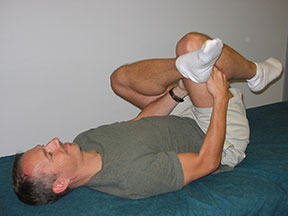 Image 4: Actions of the piriformis change after significant hip flexion

Repeated loading of the piriformis in various activities has also been implicated as a cause for the condition. The piriformis can get stressed from repeated loads applied across the sacroiliac and hip joints, such as those that occur from running. In a situation like this the nerve compression may result more from chronic overuse of the muscle as opposed to other situations where external compression also plays a factor.  Myofascial trigger points are also commonly present along with the nerve compression. One author noted that myofascial pain in the buttock region was present in 97% of the cases of piriformis syndrome they evaluated.1

Most often nerve pain is felt in the region of skin where the affected nerves supply cutaneous innervation. The nerves that are compressed in piriformis syndrome supply the posterior thigh and distal aspects of the lower extremity, but not the gluteal region specifically.

There are very small nerve fibers called nervi nervorum that innervate the nerves, and actually give sensory supply to the nerve fibers themselves. So these are the ‘nerves of the nerves’. It is likely that at least some of the pain in the gluteal region felt from nerves that supply the distal lower extremity may be from the nervi nervorum (small nerves that are giving sensory innervation to the sciatic and other nerves in this region).

A detailed history and physical examination can help pinpoint which of the different nerves may be most involved in the condition. Keep in mind that you could have more than one nerve being compressed imaat the same time, but here are the key signs and symptoms to look for:

Superior gluteal nerve- Characteristic nerve symptoms of pain, paresthesia, or numbness will be mostly absent. Instead look for weakness in the hip abductor muscles (gluteus medius and minimus) as these are the muscles innervated by the superior gluteal nerve. Atrophy may be apparent in this muscle but sometimes weakness will be more obvious by comparing a test of resisted hip abduction on the affected side with that of the unaffected side.

Sciatic nerve: Gluteal pain is likely, but more frequently there will be shooting or radiating electrical-type pain that will extend down the lower extremity possibly all the way to the foot. Motor weakness is not as common with the sciatic nerve compression but can occur.

Posterior femoral cutaneous nerve: This is a sensory nerve supplying the posterior thigh, not extending below the knee. Pain, burning, numbness, or paresthesia will be limited to the posterior thigh region when this nerve is compressed.

Inferior gluteal nerve: This nerve is predominantly a motor nerve for the gluteus maximus so weakness or atrophy of the gluteus maximus is more common than sensory sensations. It is possible that some weakness in resisted hip extension will be evident compared to the unaffected side.

Pudendal nerve: This is a mixed motor and sensory nerve so its compression produces neurological-type pain sensations felt in the perineal region, anus or genitalia as these are all areas supplied by the pudendal nerve. It also supplies muscles of the pelvic floor, so there may also be reports of bowel, bladder, or sexual dysfunction associated with the pelvic floor muscle dysfunction.

In addition to piriformis tightness from overuse or mechanical stress, some cases are caused by other factors. Other causes include blunt trauma to the area that can cause hematomas or myositis ossificans (calcification within the muscle). The hematoma or calcified tissue then presses on the affected nerve. Sacroiliac joint dysfunction can also be associated with the condition as it may cause tightness or trigger points in the piriformis due to biomechanical overload.

It is clear that piriformis syndrome is much more involved than simple compression on the sciatic nerve in one location. One of the key factors that makes this condition so controversial in the rehabilitation literature is that there is no gold standard for identifying it. There are some key indicators presented in this article that can be found in the client history and initial physical examination. In a future installment we’ll look at some more effective strategies for assessing and treating piriformis syndrome.